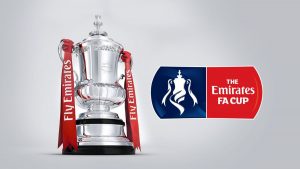 The first two rounds of the 2019-20 Emirates FA Cup and Buildbase FA Vase have been announced.

In the Extra Preliminary Round of the FA Cup, Whickham have been drawn away to Harrogate Railway.

The game will take place on Saturday, August 10, 2019, at Station View and the winner of that tie will be at home to either Bishop Auckland or Thornaby in the Preliminary Round.

Meanwhile, the Lang Jacks have been drawn at home to Blackpool-based side Squires Gate in the First Qualifying Round of the FA Vase.

That game is scheduled to take place on Sunday, September 1, 2019, at The First Mortgage Glebe and the winner of that tie will be at home in the Second Qualifying Round against either Harrogate Railway or West Allotment Celtic.