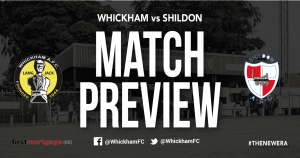 Whickham will quickly need to pick themselves up after a disappointing defeat in the FA Vase as they host Shildon in the league.

The Railwaymen are widely tipped to be one of the teams promoted, and to be challenging for the league title, this season and will provide a stern test.

Whickham and Shildon have had contrasting forms recently, with the Lang Jacks losing four consecutive games and the Railwaymen are unbeaten in the previous three.

The two sides faced each other on two occasions last season, with the Railwaymen winning both matches, but, including those games, the teams have only crossed paths three times in the past 20 years or so.

Daniel Moore has made some top summer signings, which includes former Consett captain Danny Craggs – one of the best midfielders in the Northern League.

The Railwaymen have been fighting near the top of the league for a number of years now and that should be no different this season.

Moore’s side are unbeaten in their last three matches and they go in to the game with the Lang Jacks off the back of a convincing 3-0 win over Tow Law Town.

Assistant Manager Andrew Bulford said: “We’re out of the FA Vase at the first step, but we shouldn’t be if we took our chances. It’s becoming the same old story.

“We were comfortable at 1-0 up, should’ve been two or three up, but we just didn’t taken our chances and we ended up conceding late on. We need to put a shift in (against Shildon) because the lads definitely owe us one.

“We said before the last game that we don’t like losing games, but if we worked hard, then that’s the bare minimum that we expect from them.”

Issue 5 of our matchday programme will be on sale as you enter the ground, priced at £1.50 for 40-pages of exclusive content. 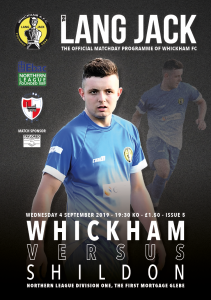 Issue 5 of The Lang Jack