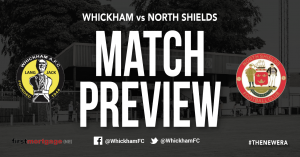 Whickham will be looking to pick up their first win in the league since mid-August when they welcome North Shields to The First Mortgage Glebe on Non-League Day.

In their last match, they bounced back from consecutive defeats to beat Sunderland West End in the Northern League Cup, claiming top spot in Group G in the process.

Lee McAndrew scored a brace during the week, while Matty Pattison and Clark Kay were also on target and the Lang Jacks will be hoping to pick up where they left off.

Earlier in the season, back in August, Whickham were edged out by the Robins, with a dubious penalty being the decider at the Daren Persson Stadium.

North Shields are one of the form teams in the Northern League at the moment and go into the game unbeaten in their last five matches.

Currently sitting mid-table at the moment, Marc Nash’s team know a win could take them up as high as fifth come the close of play on Saturday afternoon.

The Robins go into the game off the back of a 2-2 draw with Heaton Stannington in the Northern League Cup, but their last league saw them pick up a 3-0 victory against Bishop Auckland.

Captain Ross Peareth said: “It’s massive for the club that the community come and turn out. It’s a lot better than what it was. I’ve noticed a big difference in the crowds this season.

Issue 8 of our matchday programme will be on sale as you enter the ground, priced at £1.50 for 40-pages of exclusive content. 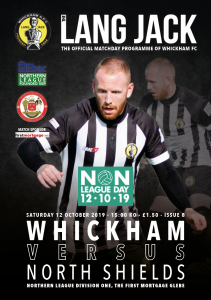 Issue 8 of The Lang Jack