Whickham Football Club can officially announce the details for the competition, which will see the front of shirt sponsorship replaced by a message of support, dedicated to our NHS and key workers.

We are opening the competition up to everyone, from school children to local artists and anyone that would like to submit an entry. We, as a club, hope many people reading this will be able to get involved.

Whickham FC feel it is vitally important that the community comes together as much as possible to support and recognise the hard work and sacrifices people, particularly our NHS and key workers, have made and are making.

As a result, the club has decided to dedicate our shirt sponsorship to the NHS and key workers for next season. The rainbow has become a symbol of support for people wanting to show solidarity with those people working on the frontline.

Therefore, on the front of the shirts next season we are asking fans and the wider community to design the symbol incorporating the rainbow and paying thanks to the NHS. 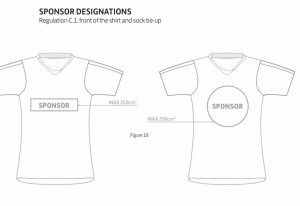 The winner will have their design on the front of our commemorative shirt, which celebrates the 40th anniversary of Whickham winning the FA Vase.

They will receive the first strip off the production line as well as a season ticket for them and three others for the 2020-21 season.

● Can be any shape, though preferably rectangular or oval

● Include the subject ‘NHS and Key Worker Logo Competition’, then a name, age and contact details in the body of the email

● The closing date is June 19 and entries should be sent to whickhamfc1944@gmail.com.