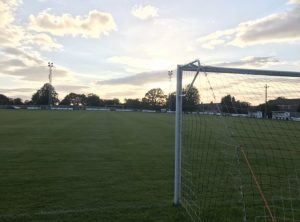 Whickham ended their two game goal drought as they managed to come from behind to win their first home league game of the season.

Despite Whickham having most of the early possession, the visitors struck first through Daniel Boyle after seven minutes when Ashley Lavan broke free down the right flank before drilling a low cross into the feet of an open Boyle who side-footed the ball into the top right-hand corner.

The home side nearly levelled the scores on the half-hour mark when Tom Scothern crashed the crossbar with a thunderous effort.

Eight minutes later the Lang Jacks equalised through Dale Burrell after an out-swinging free-kick from the edge of the area was met by the head of Burrell who directed his effort past the outstretched Lewis McDonald.

Things went from bad to worse for the Town as Jack Robson put the home side in front a minute later when a scuffed clearance by Billingham’s goalkeeper was picked up by Conor Newton but after a few deflections the ball fell to  Robson who calmly took the ball around the keeper and slotted the ball home.

The visitors dominated the ball late on but Whickham came the closest to scoring in the second half when a slick passing move between Kieron Moat, Jack Robson and Liam Doyle lead to a chance for the latter with his strike across goal denied by the visitor’s shot-stopper.

Whickham FC boss Mark Convery was beaming with delight when speaking to Ben Robinson in reaction to his side’s win: