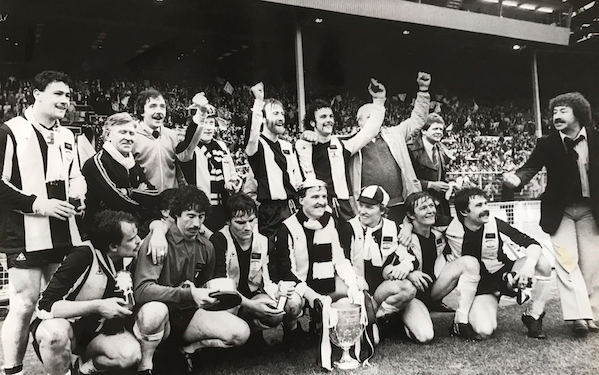 It all began back in 1944 when the club was formed under the name of Axwell Park Colliery Welfare, although they were colloquially termed the Home Guard Team. Early on, the side played in the Derwent Valley League, before switching to the Northern Combination and, in 1974, to the Wearside League.

Whickham enjoyed quite a degree of success at this level before joining the Northern League Second Division in 1988. Having reached the Semi Final of the FA Vase in 1978-79 losing to Almondsbury Greenway.

It was in 1981 that Whickham had their finest hour. The club going all the way to the Twin Towers in the final of the FA Vase, after a titanic struggle to overcome Windsor Eton in the semi Final. An estimated 5,000 fans followed Whickham to Wembley. Willenhall FC from the Midlands awaited on the big day. In a gripping Final, Whickham came back from 2-0 down to level at 2-2 at full time with goals from Alan Scott and Ronnie Williamson taking the game into Extra-time. Ecstasy followed when Billy Cawthra broke way to win it 3-2 to send the Vase back up to Tyneside.

This success leaves us as the last North East based club to win a National Final at the old Wembley Stadium which is now re-built, the club’s little piece of History. Whickham again nearly reached Wembley in 1983-84 falling short in the Semi-final in controversial fashion. The second-leg tie at home to Stansted saw two Whickham players sent off in a bad-tempered affair. After just one season in the Second Division under the management of Billy Hodgson the club gained promotion for the first time into the First Division in 1988-89 and spent three seasons there before being relegated in 1991-92. 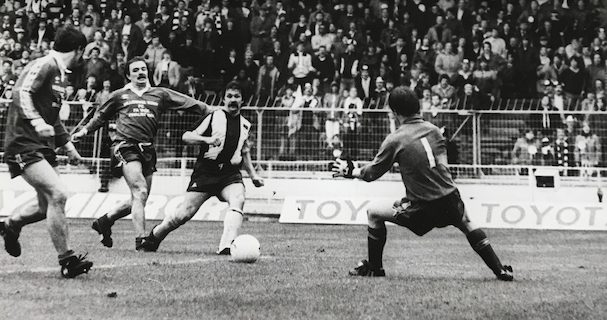 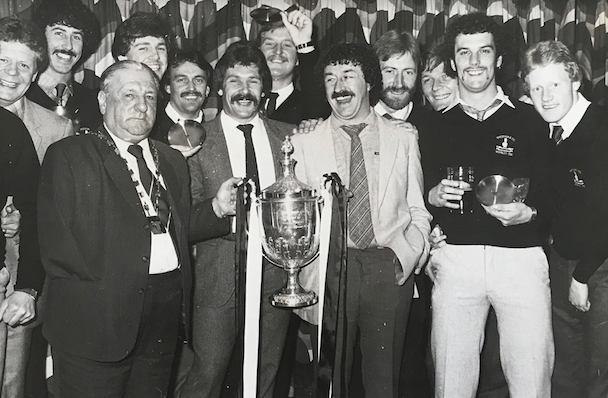 Another promotion came in 1994-95 when they won the Second Division. A further two seasons was spent in the First Division before another relegation in 1996-97 back into the Second Division, where they’ve remained until 2018. After Billy’s reign the club struggled to find its identity and with funds tight struggled to compete and although three or four managers took over, the club found itself in a perilous position 1999-00 when without the intervention of Tony Ainley the club was in grave danger of going out of business.

Tony’s reign started with no players and no money and although his first two seasons were really about survival, the club was once again safely settled in the Northern League. Over the next three or four years the club undertook major changes and the hard work was rewarded when after a fantastic run defeating four First Division sides on the way, the club found itself in the final of the Prestigious Durham Challenge Cup and after being second best for long spells against a very good Billingham Synthonia side, two late goals from Kenny Boyle and Ian Robson snatched Whickham an amazing victory.

The Following season the followed the capture of the DCC by winning the newly named Ernest Armstrong Memorial Cup (2nd Division Cup) by defeating Penrith in an exciting Penalty Shoot-out. In our defence of the DCC also in that season, we also reached the Semi Final of the DCC in our defence of that Trophy before losing a close game away at Chester le Street. After Tony decided to relinquish the managerial post the club had a lot of chopping and changing but in 2013 Robin Falcus was appointed manager.

The 2012-13 season was a tough learning curve for Robin and Kris Holmes his assistant, but the club decided to stick with a plan. Anyone that knows Robin can see his passion and hunger to get the best of the players and club and the decision to stick has grown to be a great one. Robin began to build, and things took aim. The Lang Jacks finished 6th (the highest in six years) in 2017 after a roller-coaster season and in the following season, things turned to magic.

The aim was to Improve on the previous season and that was well and truly smashed. In a tough competitive league where many other clubs had more resources, Robin managed to build a young and hungry side which defied the odds and were a surprise package, finishing third in the league thanks on a dramatic last day of the season. Third was enough for the club to secure promotion into Division One for the first time in 21 years. 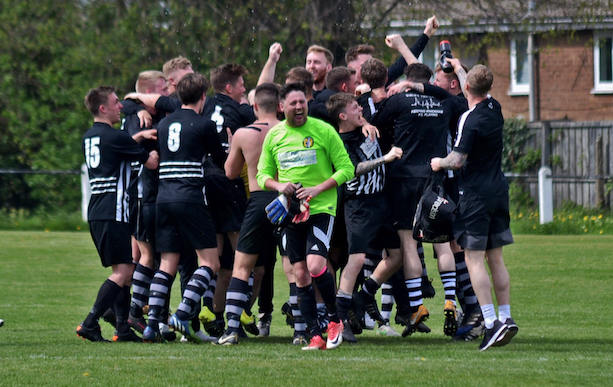 The club’s past may be chequered and not without success, but Whickham FC has been on this roller-coaster. There’s been plenty difficulties, but the people behind the club have always came together for the love of the beautiful game.

In their first season back in Northern League Division One, it was a difficult campaign for the Lang Jacks, who finished second-bottom, but they still remained in the league and have built a strong squad ahead of the 2019-20 season - Robin’s eighth season in charge of Whickham.

After a disappointing start to the 2019-20 season, Whickham parted ways with long-serving manager Falcus and his backroom staff in the October. Former South Africa international and Newcastle United midfielder Matty Pattison made the step up to management, his first coaching position. Pattison brought in former Wales international and Sunderland midfielder John Oster as his assistant.