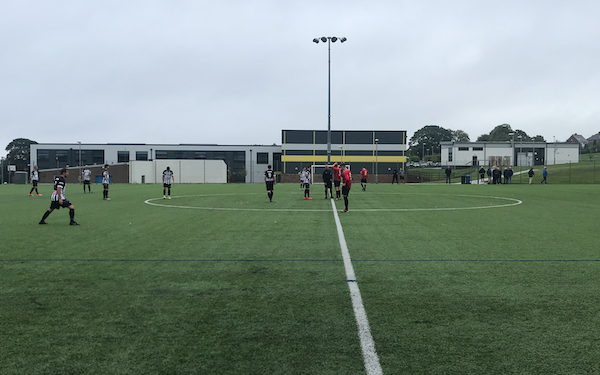 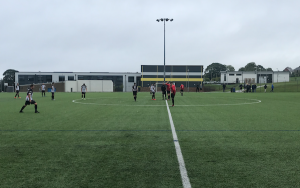 Whickham were held in the 10-goal thriller with Prudhoe

Max Cowburn scored a brace for Whickham as they were pegged back late and drew 5-5 away to Northern Alliance Second Division side, Prudhoe YC Seniors.

After an even start to the game, it was Prudhoe, who took the lead in the game on 22 minutes when Luke Banks fired home off the inside of the post.

Whickham responded well, on the plastic surface, and Cowburn scored his first of the afternoon when he curled into the far corner of the net on 34 minutes.

A neat one-two, across the right side of the half, allowed Darren Graham to break into the box before he restored the hosts’ lead, six minutes before half-time.

After going into the break behind, manager Robin Falcus made four changes. Four minutes into the second-half, Dale Burrell was allowed time to pick his spot, but took full advantage of that and fired into the top corner.

Prudhoe scored two goals in six minutes, before the hour mark, with Lewis Gibbons inadvertently turning into his own net before Scott Gunn lobbed the ‘keeper with a spectacular effort from 45-yards out.

The Whickham fight-back started on 65 minutes when Chad Collins’ cross was turned home by Cowburn, his second of the afternoon.

Matty Pattison levelled for the Lang Jacks, from close range, and the visitors went ahead, for the first time in the game, two minutes later, when Carl Finnigan stroked the ball into the bottom corner for his first goal in Whickham colours.

Kelvin Thear’s effort, which would’ve secured victory, rattled the crossbar on 82 minutes, but the hosts equalised late on when Ben Bloomer struck home off the underside of the bar.

Whickham have one game remaining this pre-season, at home to AFC Killingworth on Tuesday night, before their season-opener, away to Newton Aycliffe, next Saturday.