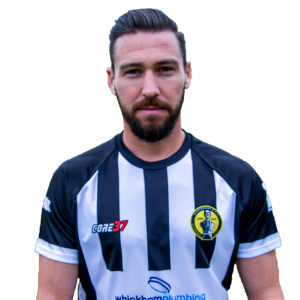 Another marquee signing for Whickham, Carl arrived at the club in the summer from South Shields, where he, just about, won everything there was to win, including four trophies in one season.

In the FA Vase final, back in 2017, he scored the first goal of the game at Wembley as Shields won 4-0 to lift the silverware. The forward can lead the line or play just behind the striker, but is still effective in both roles as he knows where the back of the net is.