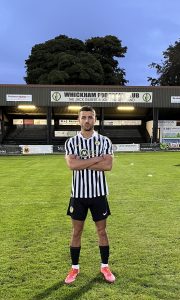 The tricky winger and former Newcastle United academy graduate Robson has seemingly found a home with the Lang Jacks settling into what was such a deadly trio during 2020-2021 season, with Scott Robson, Zak Atkinson and Jack Robson making up the triage.

After temporarily moving to the USA, Robson has featured at the higher levels on non-league football playing for the likes of Hebburn Town and Morpeth Town before joining Whickham at the beginning of the 20/21 season.

The striker is also a budding celebrity, so if you haven’t already seen Jack on your television screens it won’t be long before you do.