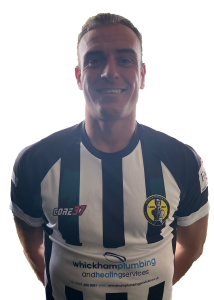 The defender started his playing career with the Sunderland and Middlesbrough Academies before going on loan to Oldham Athletic and Kilmarnock.

Burn signed for Bristol Rovers in 2017, with a loan spell at York City in that season, and signed for Darlington in 2018. The centre-half is commanding and leads by example at the back.