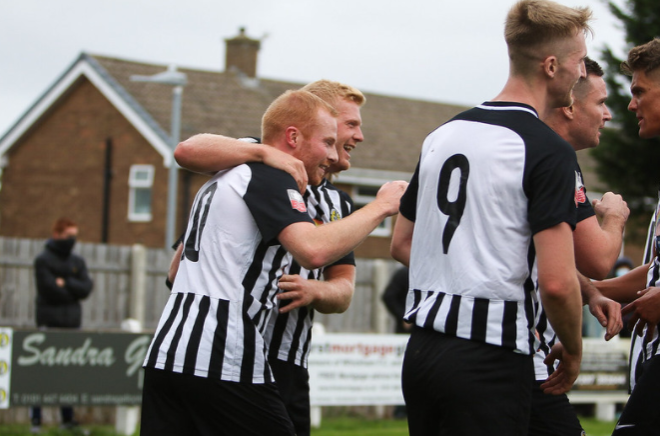 The F word was in full force on Saturday at the First Mortgage     Glebe.

Make that F for Fryatt as well.

Having dominated the game for long spells, Whickham left the Glebe wondering how they hadn’t managed to get at least a point from their game against West Auckland Town.

2-1 up at half-time, thanks to great goals from Conor Newton and Zak Atkinson – the first a stunning solo strike, the second a well-worked team goal – and playing down the slope, hopes were high for a home victory.

Kyle Fryatt had other ideas, however. Within nine minutes of the second period starting, he’d scored twice to turn the game around and give West their first Northern league Division One victory of the campaign.

Fryatt and strike partner Dennis Knight had caused the home defence problems all afternoon, truth be told. Every time they went forward, they looked likely to score as Jack Errington and Kieran Glabraith had their hands full trying to stop some clever attacking play and link-ups. Errington was lucky not to concede a penalty and pick up a red card when he brought Fryatt down on the edge of the box when last man – the referee deciding it was just a free-kick and a yellow.

Fryatt would have the final word, but not before Whickham had stormed into the lead when Newton burst into the box and rasped hom a thunderous strikeoff the underside of the crossbar. 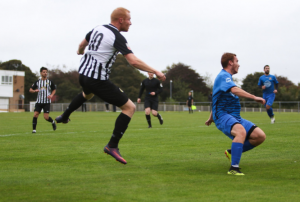 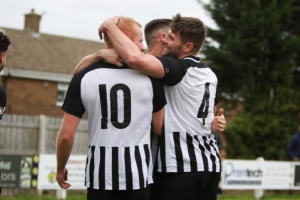 The lead didn’t last long. 45 seconds, to be precise, before Knight stole past a hesitant defence to slot home the equaliser.

The Knightmare looked set to continue for the Whickham rearguard as the ex-Benfield striker, signed just a couple of weeks ago, continued to cause havoc but in an entertaining first half, there were chances at both ends, and the home side went ahead when a great team move across the pitch ended with Jack Robson sliding in Atkinson who converted to the delight of his watching gran. 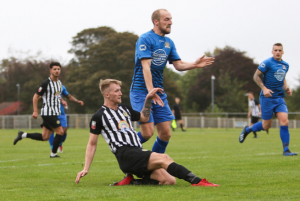 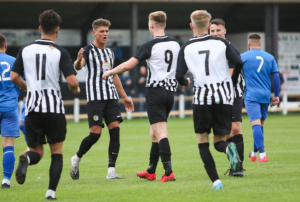 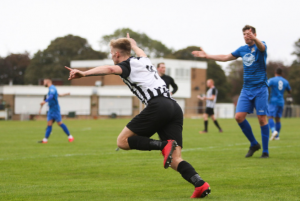 Fryatt’s quickfire double meant it was in a losing cause again, though. First, Knight’s brilliant pass teed him up and then the forward took advantage of some weak defending to win the game.

Alex Francis and Newton probed away in search of an equaliser, with both players looking a threat, but clear-cut chances were few and far between and West held on for all three points.