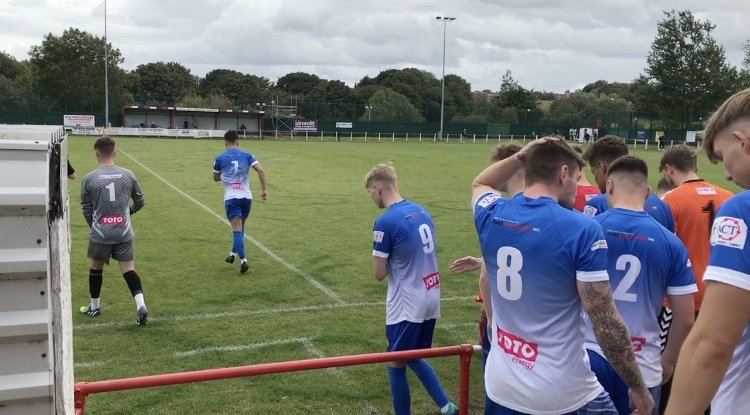 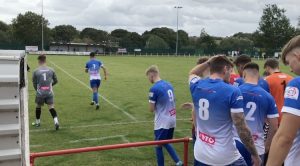 This draw away to Seaham Red Star in the first fixture of Whickham FC’s Northern League Division One campaign means they record a second nil-nil draw in a row in their first two competitive games of the 2020/21 season.

After both sides initially struggling to maintain possession Jack Robson came closest to scoring when Whickham hit the hosts on the break with Conor Newton bundling the ball to Robson on the left side of the area before the forward curled his effort off the crossbar after 19 minutes.

The visitors then started trying their luck from distance with Dale Burrell having a pop that flew well wide of the post before Jack Robson sent a dipping free-kick from 25-yards out bouncing towards the Seaham stopper who did well to get down low and push the shot wide on the half-hour mark.

Jack Robson caused more issues for the home side when he saw another one of his efforts cannon off the post just outside the box before the rebound bounced off the goalkeeper and out five minutes after half-time.

Red Star hit back minutes later as they broke Whickham’s high line with Andy Johnson racing through on goal but debutant goalkeeper Regan Ward kept the away side on level terms.

With 20 minutes left Andy Johnson missed another chance to score after a scramble from a long ball found its way to the striker twice with the first effort being blocked and the second dragged wide of the post.

Both sides went back and forth for the last 10 minut

es with the best chance of the final moments falling to 16-year old Declan Bisset for Whickham with nearly six minutes left as Scott McCarthy pulled the ball back to Bisset but the youngster could only slice it wide.