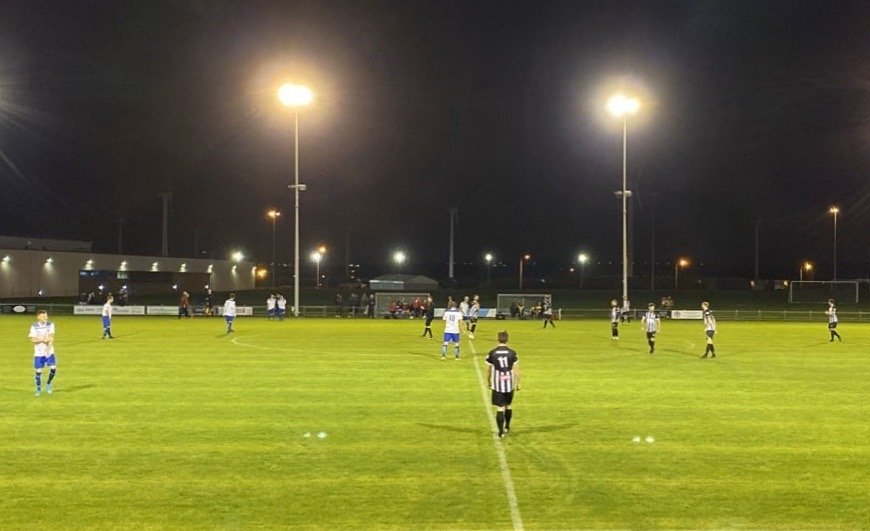 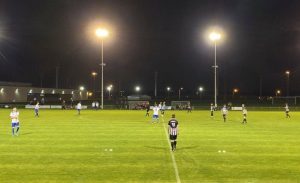 McAndrew broke the deadlock, just before the half-hour mark, but the home side responded and scored two goals in two minutes through Chris Tarn and Adam Drysdale.

After Carl Finnigan clipped the post, Whickham found the net twice in the space of a minute. Firstly, the equaliser from Clark Kay and then they went ahead through Matty Pattison.

McAndrew put the game to bed on 70 minutes with a clinical strike into the bottom corner and the result ensures Whickham top the group and are through to the Last 16 of the competition.

Manager Robin Falcus made three changes to the side that were defeated by Penrith, with Pattison, Stephen Little and Lee McAndrew coming into the starting line-up.

Finnigan went close with the first chance of the game, but the visitors suffered a set-back when defender Kieran Galbraith limped off injured and was replaced by Kay.

Ross Peareth fired narrowly wide of the post on 12 minutes, while Pattison’s in-swinging corner had to be cleared off the line on 24 minutes.

The Lang Jacks, who had dominated the possession, took the lead four minutes later when Finnigan’s ball into the box was controlled by McAndrew, who took the ball around the ‘keeper and tapped home.

West End equalised shortly after, but the visitors were appealing for an offside. Nevertheless, Tarn raced through on goal before taking the ball around Ross Coombe and tapping into an empty net.

The visitors were left stunned when the hosts took the lead just two minutes later. Shaun Fisk’s cross was headed by Drysdale, whose shot was saved by Coombe, but the follow-up was swept home by the striker.

Whickham’s heads didn’t drop, if anything, it spurred them on. Tom Howard’s cross was neatly by Finnigan at the near post, but the ball clipped the post.

The visitors didn’t have to wait long for the equaliser though, with Pattison’s cross being headed home by Kay on 41 minutes.

With the wind in their sails, Whickham continued on the front foot and retook the lead under 60 seconds later. Finnigan slipped a pass across the box to Pattison, who fired home.

Closing out the half on the front foot, a half, which, for most parts, they were very comfortable and Chad Collins went close to doubling the advantage on the stroke of half-time.

Finnigan drew a low save from Matthew Hinder 27 seconds into the second-half, while Pattison’s brilliant free-kick sailed inches over the crossbar.

Whickham, just like most of the first-half, were controlling the game and never really looked threatened as they scored a fourth goal, to give themselves more breathing room, on 70 minutes.

From the left, the ball was played inside to McAndrew, who took a touch around 20-yards out before firing into the bottom corner of the net – a clinical finish for his second goal of the game.

Collins, McAndrew and substitute Max Cowburn all had openings in the final eight minutes of the game, but nevertheless, the visitors saw the game through to secure top spot in their League Cup group.